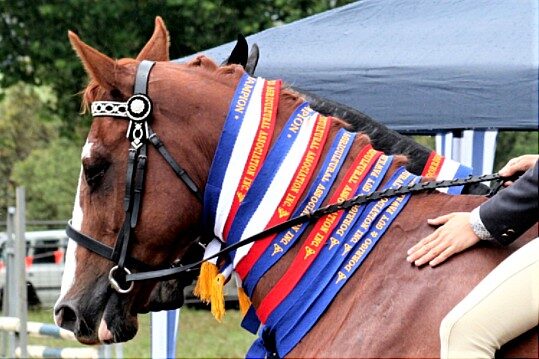 Sadly, the Dorrigo Show has been cancelled for 2021.  Read the post here

For over 110 years, the Dorrigo Show Society has served and enriched the community on the Dorrigo Plateau by running an annual agricultural show. The Dorrigo Show is the largest community event held on the plateau and attracts approximately 3,000 locals and visitors each year.

The Show provides the community, particularly our youth, opportunity to display their talents: all the Plateau schools provide a school display and facilitate students to enter. Entrants compete across 23 distinct sections. In 2017, the Show received over 2,000 entries from more than 600 participants. The pavilion sections include the fine arts and crafts, needlework, cookery, homebrew, fruit, vegetables, and flowers. Livestock sections include dairy, beef, and poultry.

Outdoor events focus on traditional farming skills such as beef and dairy livestock judging, horse-riding and motorcycle-riding, showjumping, woodchop, and bush-dog trials (sheep and cattle yard work). As a registered member of the Agricultural Societies of NSW, Ltd, category winners at the Dorrigo Show are eligible to compete at Zone 13 (regional) and State levels, such as at the Royal Sydney Show. As a family-focussed event, there are a range of amusements specifically for children and families, such as the Kids’ Treasure Hunt and Kids’ Whip-Cracking Competition, alongside a traditional ‘sideshow alley’ of games and rides.

The event is finished.